Sign up for the newsletter for advance notice of new releases, exclusive excerpts, and more!

What happens in Vegas stays in Vegas. Or does it?

Okay, let me explain. I broke into my crush’s dressing room to sniff his tights (not in a pervy way, I swear!) and got busted while, um… you get the idea. He then kind of, sort of blackmailed me into agreeing to a fake green card marriage with him. But hey, I’m not complaining.

Next thing I know, we’re on a flight to Vegas to make our friends and family think we had a crazy drunken night and, in the spur of the moment, tied the knot. Except… that’s exactly what happens. (Thanks a lot, vodka.)

Considering that he’s the most desirable ballet dancer in New York City and I’m a garage-dwelling secret blogger with a major sweet tooth, there’s no way this marriage could ever become real. Not to mention my totally crazy family and my aversion to every smell under the sun—except his.

All I can hope for is to not fall in love with my husband. That shouldn’t be too hard, right?

We have a sweet surprise for you! Sextuplet and the City, a laugh-out-loud fake marriage romance, is coming NEXT MONTH! This story follows Lemon, a Sex in the City-obsessed Hyman sextuplet, and Art Skulme, the Latvian ballet dancer she was crushing on in Of Octopuses and Men.

Lemon Hyman has struggled with a debilitatingly sensitive nose since she can remember. Pungent food? No way. Air fresheners? Nada. Men wearing cologne? Absolutely not. Needless to say, it’s not easy for her to find a guy whose scent doesn’t totally gross her out. So when she becomes just a *tad* bit obsessed with Art, she knows exactly how to get him out of her head: break into his dressing room, sniff his tights, get turned off, and never think of him again.

Well, let’s just say things don’t go quite according to plan. Not only does his smell have the opposite effect on her, but he also catches her enjoying it a little too much. To Lemon’s surprise, Art does not turn her over to security, but makes a proposition that will change her life forever…

Hey! Welcome to the bear cave.

Get advance notice of publications and special offers from my newsletter. 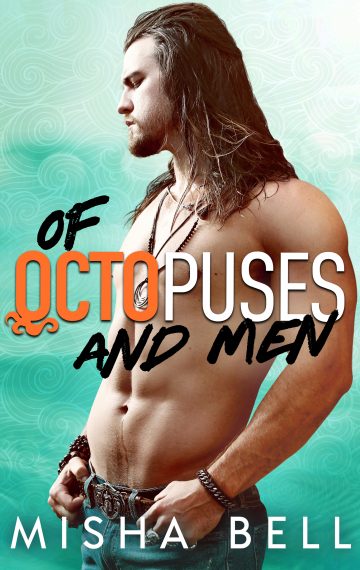 🚨 Attention BookTok! 🚨 Do you have a BookTok

Totally platonic massage. Not hard at all. Except

Get 75% off Femme Fatale-ish on Google Play! The f

Are you ready for more Hyman sister hilarity? 🩲

We have a sweet surprise for you! Sextuplet and th

🇮🇹🇩🇪 We're so excited to announce that

Can Olive's job survive the most taboo of office r

With no lack of awkward family moments, Of Octopus

What happens when you strong-arm your hot, grumpy

🇫🇷 We're so excited to announce that HARD BY

Who's ready for another hot and hilarious Misha Be